Posted at 04:15h in Lomi Lomi Massage by Koa House 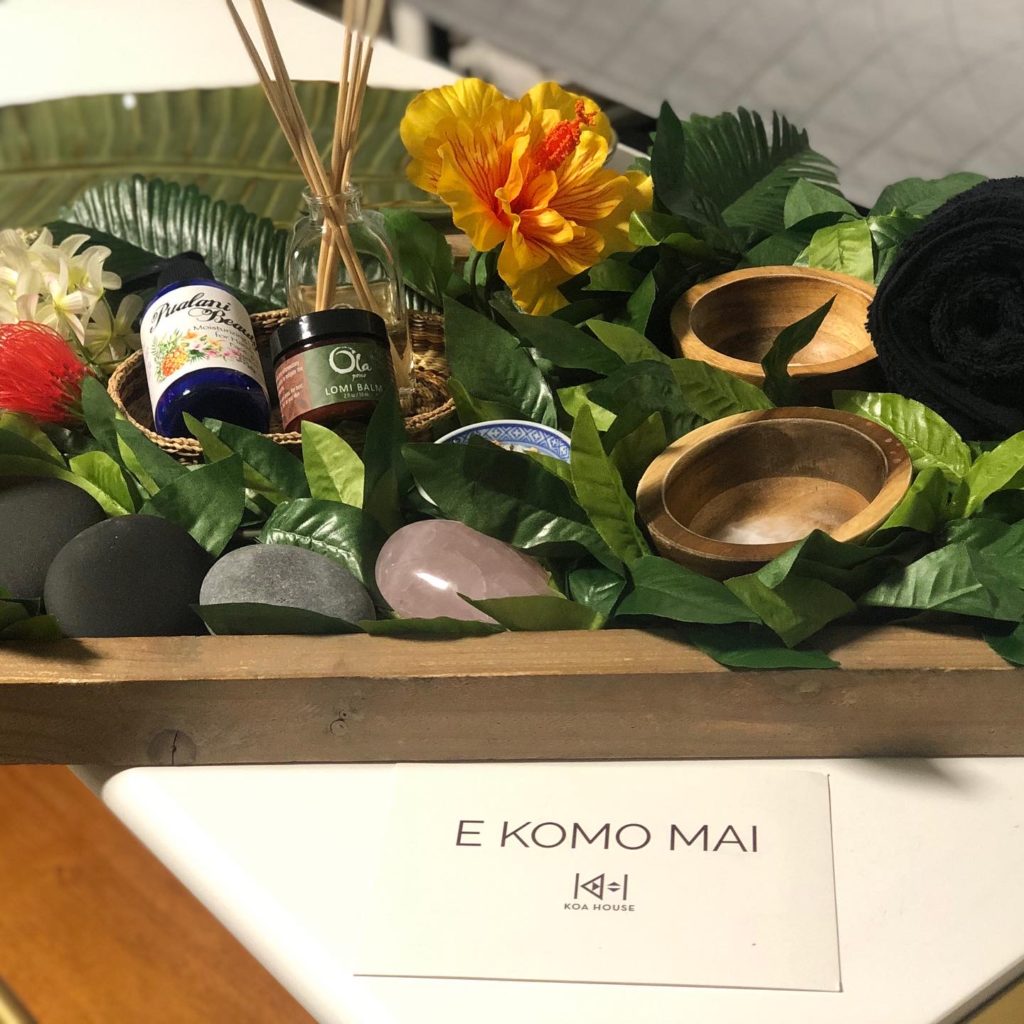 You may have heard of lomi lomi in passing, but what is it? Lomi Lomi means “to massage” in Hawaiian – but it goes much deeper than your standard modality or style. Our lomi lomi massage sessions start with a Hawaiian chant, which sets the intention of the session. We use organic coconut (niu) oil, which is beneficial for all people because it is lightweight and soothing to dry Colorado skin. We use warm basalt stones – which come from lava that has been smoothed over time in rivers, lakes and oceans to help connect you in session to the natural world (‘aina). Within each lomi lomi treatment we give some extra love to your feet with warm towels and our Pualani Lilikoi or Plumeria lotions. All rooted in organic, wild-crafted Hawaiian la’au lapa’au, or plant medicine rooted in ancestral body forms direct from Hawaiian land and methodology (‘aina).

Our Kumu, or teacher, is Jeana Iwalani Naluai from the island of Maui nui, who in turn comes from an amazing ‘ohana of kumu – including some of the most notable lomi lomi masters of our time responsible for bringing this massage modality and healing practice to the spotlight of the Western world. Aunty Margaret Machado, Mahilani Poe Poe, Rebecca Slavin, Papa Sylvester Kepolino, and Maka’ala Yates are amazing teachers and practitioners who not only preserved their expertise handed down from Kanaka (Native Indigenous Hawaiian) families, but were able to translate and make accessible Hawaiian wisdom (mana’o) to new audiences, generations, and preserve kanaka teachings world wide. 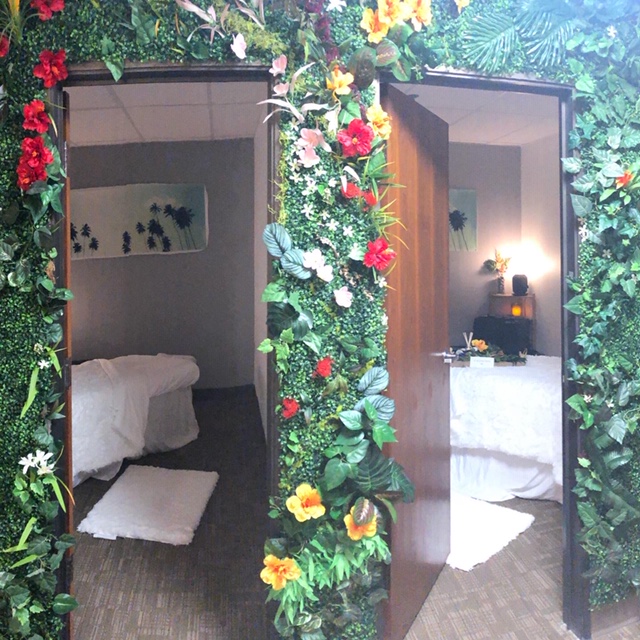 A clearing in the forest, breaks way into a path of healing and refuge.

Did you know that lomi lomi was one of the last methods for the kahuna of old to spark healing within their patient?

The masters of old would use a cycle to meet the needs of the people that came to them. It started with intention setting through prayer and chant and then moved to ho’oponopono, which means to bring into alignment or balance, it is commonly seen as a form of conflict resolution, which can come in the form of a communal intervention, or just personal mental counsel. After that, the kahunas would draw upon la’au lapa’au (herb and plant medicine) and the changing of one’s diet lending to any physical fitness, body, or mental tempering as well. Finally, only then would they move to massage & bodywork or bone-setting if these pre-requisites were also met or assessed. The Hawaiian methodology here is that physical sickness, often arises from the in-balance of something larger – whether that be mental, spiritual, emotional, ancestral, familial, or other physical symptoms; which must always be addressed first.

It wasn’t until the problem still persisted that a kahuna would lay hands on the patient. The strokes and intention behind the massage are also different than other modalities. Strokes move toward the heart to improve circulation and flush toxins from the body. The approach with lomi lomi is to move from light to deep pressure and to work broadly before getting into the specifics. In this way, and by working the whole neighboring muscle and attachment groups, the body is cued to release tension areas. The lomi lomi movements themselves work all the way down to the level of the bones, so that the client receives realignment of the whole skeletal body simply through massage work. 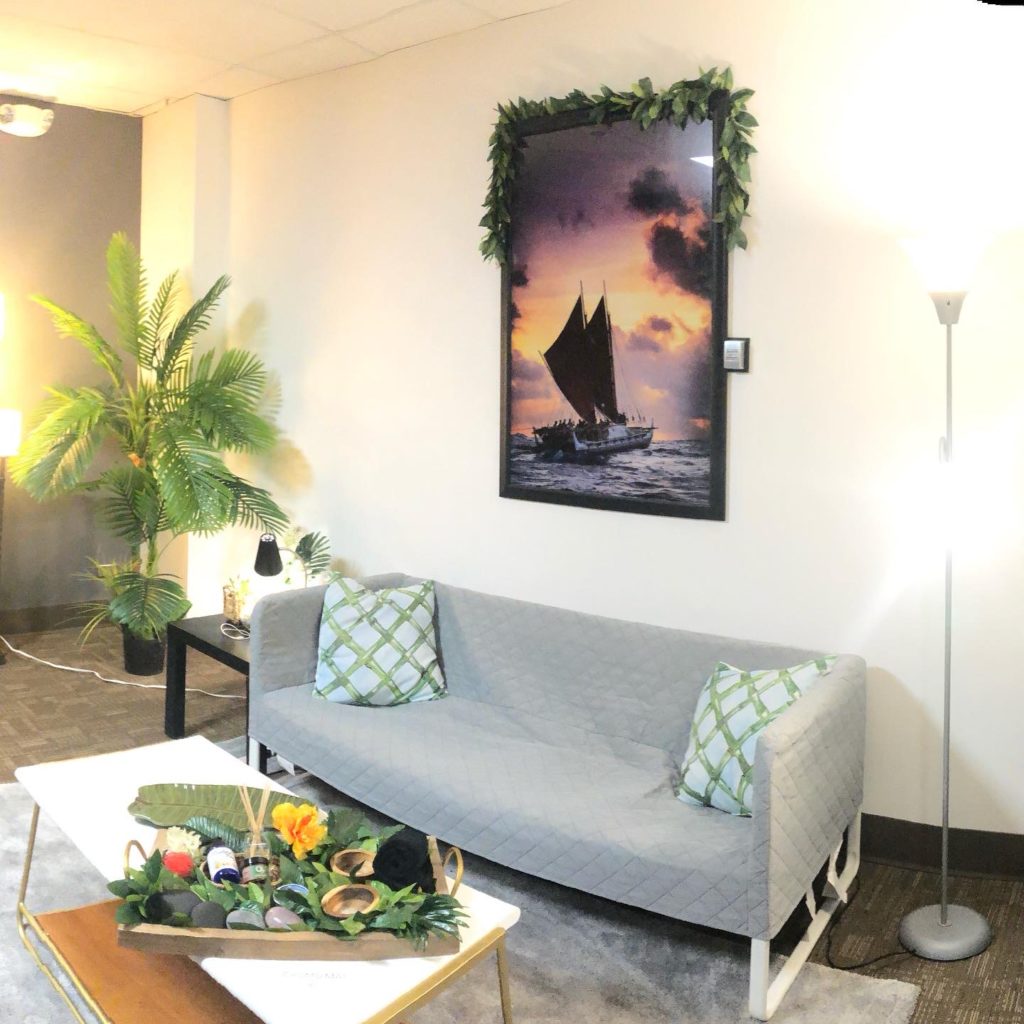 There was actually one last piece to the healing cycle, and that was the role of the warriors. If someone was so sick, mentally or physically that they were causing violent harm to either themselves or the people around them in the community, the warriors (Na Koa) would step in. The idea of harm upon others or self, is seen as the symptom of a great imbalance or sickness to be healed. Na Koa would use more forceful actions or sometimes just presence, to defend and stop the cycle of harm. The level of harm would indicate the level of force required to stop it whether it be verbal, physical, or presence. But then it would immediately go back to the cycle of healing and restoring balance to the community as described above. This methodology of warrior culture, is rooted in aloha and the consistent seeking of fighting for abundance and communal strength from a healer’s heart.

This lineage and tradition is what separates Koa House from other spas and martial arts gyms. It is why we believe the two belong together. It is why we call ourselves a “martial spa” and what we mean when we say that our mission is to empower the healer and awaken the warrior. We are all one and the same. When you experience lomi lomi massage at Koa House, it is one of the deepest forms of healing work to realign places of in-balance within the body, which reverberate out to the mind and spirit. With the aloha we put into each treatment, we take our clients through a conscious journey of healing that is never spoken, but always felt.

Want to book a service? Text to book here.